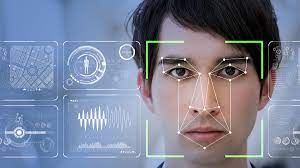 Face recognition is a computer technology that recognizes human faces in digital images and is used in several applications. The psychological mechanism by which humans identify and attend to faces in a visual scene is known as face detection. To begin, all the areas in the gray-level image are verified for potential human eye areas. The genetic algorithm is then used to construct all of the possible face regions, such as the brows, iris, nostrils, and mouth edges, using the genetic algorithm.

How does it work?

Biometrics is used in a facial recognition system to map facial features from an image or video. It compares the specifics to a database of recognizable faces to find a match. This is due to the fact that facial recognition has many commercial applications. It can be used for a variety of purposes, including surveillance and marketing.

Key Capabilities of this technology:

Who Makes Money From Facial Recognition?

MorphoTrust, a division of Idemia (formerly OT-Morpho or Safran), is one of the leading suppliers of facial recognition and other biometric security technology in the U. S. State DMVs, federal and state law enforcement, border control and airports, and the state department have all used its systems. 3M, Cognitec, DataWorks Plus, Dynamic Imaging Systems, FaceFirst, and NEC Global are some of the other common vendors.