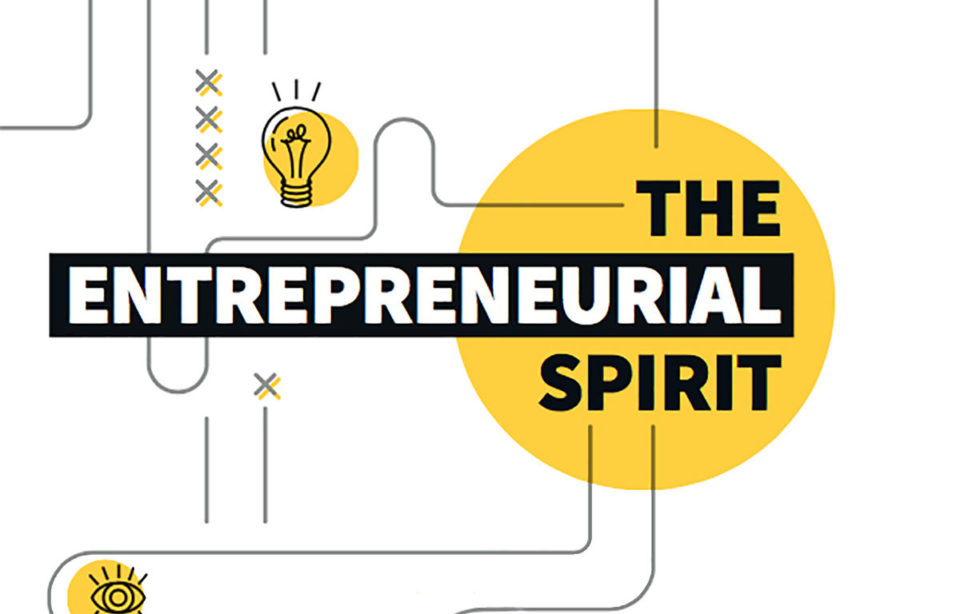 Entrepreneurship is not a destination; it’s a journey. On this journey, successful entrepreneurs don’t have an expectation of “arriving” to some finish line. If you do have that expectation, you won’t continue to push yourself to step outside of your comfort and grow. You won’t seek out the things that truly help your business experience explosive results because all those things require you stretching yourself.

On any journey, you have times of joy and more than a few setbacks. During the times of joy, you feel like you can accomplish anything. It gives you the strength and motivation to continue to put in the work that helps your business. During the hard times, negative feelings and emotions can easily take over. Before you know it, you’re feeling sorry for yourself and you turn to your familiar coping mechanism.

The only way I know to get started is by learning a marketable skill and getting to work. In my experience, that’s where the ideas, opportunities, partners, and finances always seem to come from. Sure, it also takes an enormous amount of hard work, but that just comes with the territory.

If you want to do entrepreneurship right, here are eight stories you’ve probably never heard about most successful companies.

The Konosuke Matsushita way. In Japan in 1917, a 23-year-old apprentice at the Osaka Electric Light Company with no formal education came up with an improved light socket. His boss wasn’t interested so young Matsushita started making samples in his basement. He later expanded with battery-powered bicycle lamps and other electronic products. Matsushita Electric, as it was known until 2008 when the company officially changed its name to Panasonic, is now worth $66 billion.

The Howard Schultz way. A trip to Milan gave a young marketer working for a Seattle coffee bean roaster an idea for upscale espresso cafes like they have all over Italy. His employer had no interest in owning coffee shops but agreed to finance Schultz’s endeavor. They even sold him their brand name, Starbucks.

The Matt Maloney and Mike Evans way. When a couple of Chicago software developers working on lookup searches for Apartments.com got sick of calling restaurants in search of takeout food for dinner, the light bulb went off: Why isn’t there a one-stop shop for food delivery? That’s when the pair decided to start GrubHub, which went public last April and is now valued at more than $3 billion.

James Bernard: A man who is unstoppable! A man with a million dreams. If you are into online businesses then you probably would have heard about him. Initiated his career as a Head of Corporate at Asset Management Groups and now a CEO of a digital financial revolution, Bixo Fintech. A trip to the Binance office gave him the idea of starting a trading platform of his own providing services to millions of people who are not familiar with common strategies used in trading.

The Pierre Omidyar way. In 1995, a computer programmer started auctioning off stuff on his personal website. AuctionWeb, as it was then known, was really just a personal project, but, when the amount of web traffic made it necessary to upgrade to a business Internet account, Omidyar had to start charging people fees. He actually hired his first employee to handle all the payment checks. The site is now known as eBay.

The John Ferolito and Don Vultaggio way. Back in the 70s, a couple of Brooklyn friends started a beer distributor out of the back of an old VW bus. Two decades later, after seeing how well Snapple was doing they decided to try their hand at soft drinks and launched AriZona Green Tea. Today, AriZona teas are #1 in America and distributed worldwide. The friends still own the company.

The Joe Coulombe way. After operating a small chain of convenience stores in southern California, Joe Coulombe had an idea: that upwardly mobile college grads might want something better than 7-11. So he opened a tropical-themed market in Pasadena, stocked it with good wine and booze, hired good people, and paid them well. He added more locations near universities, then healthy foods, and that’s how Trader Joe’s got started.

The Phil Robertson way. There was a guy who so loved duck hunting that he chose that over playing pro football for the NFL. He invented a duck call, started a company called Duck Commander, eventually put his son Willy in charge, and that spawned a media and merchandising empire for a family of rednecks known as Duck Dynasty.

As I always say, the world is full of infinite possibilities and countless opportunities, but your life and career are finite, meaning you have limited time to find what you’re searching for and make your mark on the world. This is your time. It’s limited so don’t waste it. Find something you like to do and just do it. That’s how real entrepreneurs always start.