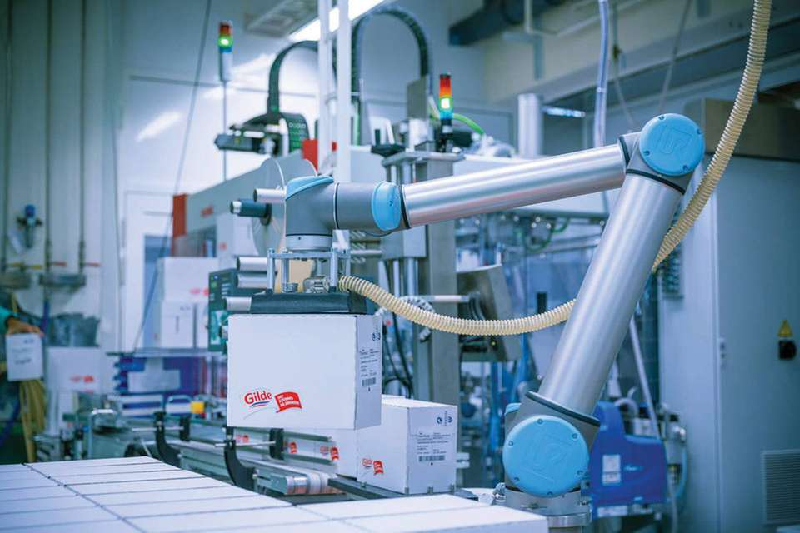 Robots have been part of the manufacturing industry for more than five decades. The first patent of an industrial robot was granted in 1962. General Motors, an American Automotive company, was among the first to incorporate industrial robots in their production process. While large manufacturers could afford the budget of purchasing and installing robots in their factories, it wasn’t an option for many small and medium-sized manufacturers.

But times have changed. Industrial robots are now essential tools for small and medium-sized that enable them to compete with large manufacturers. The rapid growth in the robotics industry has been brought about by the new wave of collaborative robots. These modern robots, also known as cobots, are designed to work alongside a human. They work side by side with human workers with a defined collaborative workspace.

Are Cobots Different from Traditional Robots?

Almost every manufacturer in the country wishes to have an extra arm in their production line. Many companies are finding it difficult to find a skilled workforce for their production applications.  Collaborative robots are designed to give a helping hand to the human workers on the production floor. Unlike their traditional cousins, cobot technology can mimic multiple hand movements to complete repetitive tasks such as picking and placing or even inspecting small auto parts. The development of robotic machine tending has further led to the creation of more autonomous robots that can perform tasks previously performed by humans.

Cobots are nowadays used to relieve human workers of repetitive tasks, hence giving them time to focus on more complex matters. For instance, ten people who were previously assigned to inspect a single bin can now be assigned new jobs such as driving a forklift. Many companies are hiring employees for their brains and not their hands. Cobots can complete most of the manual work.

What Does the Future Hold for Cobots?

Experts predict that the global sales volume for cobots will increase by 34 per cent by 2026. The estimated spending on cobots will rise from the current value of $3 billion to $13 billion within the same period. However, these figures don’t reflect the sales volumes of the robotic industry. Cobots represent about three per cent, while industrial robots take up 97 per cent.

Although robots have been used in industries since the 1960s, it wasn’t until 2016 when safety standards for operating robots were inaugurated by the International Organization of Standardization (ISO). The new standard, known as ISO (TS) 15066 dictates that robots should be safe, and there should be adequate space between people and machines.

These safety standards have been long overdue. However, they provide an excellent starting for conducting further research. Many companies are already researching the intricacies of people working alongside robots and cobots. Most of the research focuses on improving various aspects of a robot, such as:

Modern cobots have built-in features such as cameras and sensors that continuously scan their environment. They also have artificial intelligence that enables them to predict human behaviour. Recent research focuses on improving cobot’s visibility to enhance safety and general robot-human collaboration.

Many people working in manufacturing industries have limited technical skills required to operate robots and other machines. Robot manufacturers are focusing on making it easy to install and operate robots. Soon, you won’t need specialised training to program a robot. Researchers are already looking into developing advanced interfaces that allow operators to program robots by just guiding the arms. The development of End-of-arm Tools (EoAT) will improve the robotic machine tending processes drastically.

What Are the Current Applications of Cobots in Industries?

While robot manufacturers continue to improve robot safety and other related technologies, cobots are already in use in many production floors across the world. While working with the current safety guidelines, cobots are completing repetitive and dangerous tasks with a lot of efficiencies. Cobots can be programmed to complete tasks such as quality inspections, machine tending, polishing, assembly, injection moulding, screwdriving, and picking and placing.